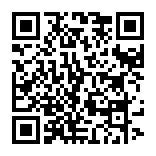 In Latvia, a pumping station was planned on an artificial island 300 metres from the shore during the Soviet era, but was not destined to become one. The nearly completed building eventually became a weekend home with stunning interiors. The unique project won the 2010 Chicago International Architecture Awards. And now the house is on the market for €4,200,000.

The idea for this building dates back to Soviet times. It was at that time that the construction of a very unusual project — a pumping station for a salmon farm — was started on an artificial island 300 metres from the shore. But the building was never meant to fulfil its primary function — there was not enough money to complete the project, and the unfinished house stood abandoned for many years. That is until world-famous architect Zaiga Geilje saw the building. Zaiga found the incredible potential of the site and began renovating the project, turning the pumping station into a weekend home. To this day, the project is still regarded as an example of world architecture.

The architect mentioned that for her, this house is a purified space where you can watch sunrises and sunsets. It is a minimalism that dissolves into its surroundings, as if merging with the line of the sea horizon. The weekend house ended up being a place for clear thoughts and focus on the essentials. The building is in a unique location — a man-made island in the Gulf of Riga next to the beach in Kaltene. It is a village in the Talsi administrative district on the western shore of the bay of Riga, away from the hustle and bustle of the city. The distance to Riga is 119 km, the nearest town Roja is 7 km away.

The island on which the house is located is connected to the coast by a 300 m long stone breakwater. The building offers an industrial environment with the highest standards of 21st century comfort. Towards the sea from the building is the Nautilus sauna. The two-storey Nautilus swimming enclosure is covered in stainless steel plates resembling a submarine. The lower level is for storage of beach equipment and upstairs there is a sauna with changing rooms, showers and an outdoor balcony with a Jacuzzi. The sauna has a great view of the vast sea, and a ramp from the sauna leads directly to the sandy beach, where people can swim and sunbathe in peace.

Off Easter Island is the marina, which is internationally listed as a private seasonal port. There is a helipad of concrete slabs in front of the house. Do you want to buy a house in Latvia? Check out real estate in Latvia and choose from thousands of options the one that is right for you.

Interested in real estate in Latvia?
Choose from 2 626 properties in our catalog
Go to catalog