28 days of a complete lockdown in Spain: a look from inside 2020

All countries
Realting.com
Publications
28 days of a complete lockdown in Spain: a look from inside
Share using: 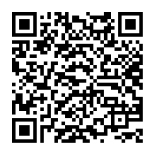 28 days of a complete lockdown in Spain: a look from inside

Monday, March 16, 2020, 8:00 a.m. — Spain implemented a country-wide lockdown. The government decree states that all residents should stay home. You can only go out for groceries, to a pharmacy, hospital or in other emergency cases.

4-5 days before the decision making, it was already clear that the country would be quarantined. In stores, they started massively buying up meat, sanitizers, pure alcohol. A toilet paper was not left out as well.

In the first few days it was still possible to travel by car. Police officers when meeting people in the street recommended them to return home. Literally, by the end of the week, they began to stop all the cars on the roads between the settlements to detect the purpose of trip. Documents printed on a company letterhead gave a chance not to be deployed and to reach the destination. Police recommendations to stay home became more insistent. In the second week, cautions and fines of up to 2,000 euros were imposed if you were stopped in the street while there was no grocery or pharmacy nearby.

In supermarkets, they began to insistently recommend having purchase receipts with me. To the question «Why?» answered: «Show the policeman that the purchase had been made recently.» That was, even the presence of a grocery bag did not give a reason to be in the street.

My acquaintance — director of a real estate agency said that his manager went to sign a deal having the store’s branded bag in order not to attract the attention of the police.

Since April 1, the Spanish government has strengthened the lockdown measures. Now only those citizens whose job is of vital necessity can go to work: doctors, policemen and food stores’ staff engaged in food production. Construction sites are closing — 1.7 million builders have stopped working. I must note that construction is the second industry in the country in terms of hand- labor.

The whole business is paralyzed, many employers temporarily dismiss employees, and another part of entrepreneurs is easily knocked down because they don’t know what to do.

Access control is arranged in the groceries. Some queue are standing near the shops, the distance between people is 2-3 meters. In front of the entrance they put an employee who invites you to enter after someone leaves. The rule «one has gone out — one comes in» works. Disinfectants have appeared inside to clean your hands with anti-bac. If there are no gloves, they propose you to wear cellophane, which sellers usually use in supermarkets.

Marking lines are everywhere and warning signs are set inside. You cannot approach the counter or another person closer than 1.5 meters. I had a case when I did not notice an elderly Spanish woman and came closer than a meter. I listened to a long preach on the rules of conduct. In general, the Spaniards are much disciplined to comply with the rules, sometimes even too much. I live in a compound, fenced by all sides from the street. One evening I brought my child into a deserted courtyard so that he could breathe some fresh air and play a little. The Spaniard who saw us threatened that he would call the police. I did not wait when the guards arrived.

There is one more indulgence for dog owners: they are allowed to take their pets for a walk near home. Of course, in this way you can also stretch yourself. So, it’s not clear — who is walking whom now :).

At 20:00, many people go to the balconies and applaud for 3-5 minutes as a sign of solidarity to the doctors who are combating the virus. And they do it absolutely sincerely, loudly, emotionally and often accompanied by some kind of musical instrument.

Since my business has been online for a long time, I have not to adjust the work format. But to change my mentality and habits — yes.

And how it has happened over time: The rules derived for me and conclusions made:

In general, I live in a positive mood, because all this will soon pass away and life will return to normal. What I wish to readers — stay healthy and good mood to everyone!