«The Hungarian real estate market is reviving». The opinion of an Otthon Centrum representative 2021

All countries
Realting.com
Publications
«The Hungarian real estate market is reviving». The opinion of an Otthon Centrum representative
Share using: 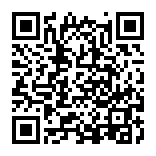 «The Hungarian real estate market is reviving». The opinion of an Otthon Centrum representative

The indicators of the Hungarian real estate market in the first quarter of the year, compared to the same period last year, has increased by 40%. These are the data received by the leading company on the Hungarian real estate market, Otthon Centrum. The best performance for Budapest was found in the more fashionable western part of the city, both in Buda and in Pest. The city center lagged behind the average statistics significantly this time. The rise in prices in most parts of the country has stopped. However, in the Pest region, which offers many private houses for sale near the capital, an increase in the cost of housing can be observed.

«The first quarter of 2021 has been the strongest in the last 20 years of Otthon Centrum’s existence,» said György Kosztolánczy, CEO of the company. He also said that in all regions of the country the number of transactions with the participation of the firm is growing, which in total means an increase in sales of up to 40%. Due to the virus and government restrictive measures, tourists disappeared from the market and only buyers with serious intentions remained. The purchases that buyers had left for later hit the market in 2021, which is also contributing to the recovery of the market.

As mentioned earlier, the most rapid growth was observed in Buda, on the outskirts of Pest, in the towns of the Pest region and in larger provincial cities, which an increased the number of transactions by one and a half times. In the central regions of the capital, the number of transactions increased by only 15%, which is much lower than the national average. Small towns did not have much growth, either, but this can be explained by the fact that last year there was not such a strong decline in these areas as in some others.

In previous years, there has been a steady and constant rise in prices for all types of real estate. The pandemic has put an end to this trend. In contrast to the first quarter of 2020, in 2021 the phase of double-digit price growth ended. Compared to last year, prices have mainly descended.

Apartments in new buildings used to regularly rise in price. Currently, there is no sharp increase in their value. The price per square meter has had a variation of 6.8% on average. Thus, in Budapest, the cost decreased by 6%, while in Buda it increased by 4%. In the Pest region, there was a 25% increase over this period, and in some provincial towns prices went even higher.

The same trend has been observed in transactions with panel houses. Throughout the country, prices for such housing increased by 4.2%, while in Buda they decreased by 1%. The value of panel houses in the Pest region and small towns changed by more than 20% in the first quarter of the year. In the largest provincial cities, growth was 7%.

In previous years, prices for private houses have changed the least. During the pandemic, the situation has changed: real estate in this segment has risen in price by 16% per m². In most areas, growth was 10-20%, but in some popular areas, the percentage was higher.

György Kosztolánczy said that, during the pandemic, the time apartment sales took increased (up to 100 days in panel houses and up to 125 days in brick houses). There are no big changes in transactions with private houses: on average, a sale takes around 175 days. The managing director noted that, due to the spread of COVID-19, people have begun to move to the suburbs, which has increased the speed of sales in the metropolitan area. Thus, on average, the terms were reduced to 148 days. This region had only presented such data up until 2008.

In the personal account of Otthon Centrum, there are more than 12,000 residential and 3,500 commercial properties. If you are interested in buying a home in Hungary, we suggest you see their full property list. 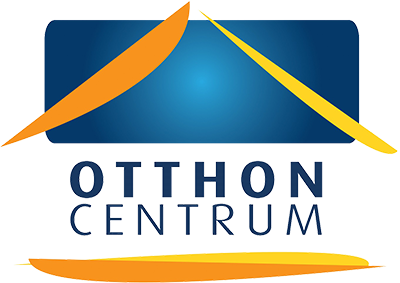 Interested in real estate in Hungary?
Choose 9 148 properties in our catalog
Go to catalog