All countries
Realting.com
Publications
Super-elite homes worth from $50 million are actively sold in the USA
Share using: 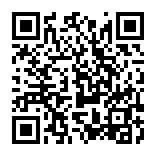 During the first four months of this year in the United States, the owners of 30 super-elite real estate properties sold them at a price of over $50 million. During the same period of time, local buyers purchased 8 houses from the same price category. These figures have become a record for the United States, taking into account the statistics of previous years. Thus, throughout 2020, 60 mega-expensive objects were sold, and 16 were bought, while for the whole of 2019 the numbers were 56 and 14, respectively.

According to Daryl Fairweather, the lead economist for the online real estate platform Redfin, this trend is due to the fact that the luxury housing market has grown significantly over the past year. The situation was also positively influenced by the recent sharp jump in the stock market, which made the richest citizens of the United States even richer. They had additional capital but, in the context of the pandemic, it couldn’t be spent. The real estate market continued to remain open for transactions. As a result, according to Fairweather, the accumulated savings, as well as the desire for a comfortable life and a decrease in the uncertainty associated with the pandemic, led to an increase in demand for elite-class real estate.

In general, analyzing the current situation with the sale of prestigious housing in the United States, a number of features can be distinguished: