All countries
Realting.com
Publications
In the U.S., people are increasingly refusing to buy a housing: what is it about and for which regions is most relevant
Share using: 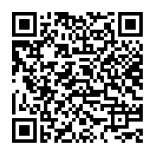 In the U.S., people are increasingly refusing to buy a housing: what is it about and for which regions is most relevant

Americans have begun cancelling home purchases at twice the rate of last year. The number of such rejections has increased in both the primary and secondary markets.

In the United States, people are in a hurry to refuse to buy a home, even though they have already made deals with developers. Such a decision is influenced by several factors: high mortgage rates, concerns about inflation and the rising cost of living.

While last July 7.5% of contracts were terminated, in July 2022 this number rose to 17.6% of contracts (which means 63 thousand deals). This trend is particularly typical for the following regions: Texas and the Southwest as a whole, Northern California and the Northwest.

The secondary market has not been spared by this wave of refusals, either. Comparing the current numbers again to the previous year, the difference is as follows: 16% cancellations in 2022 versus 12.5% in 2021. The largest percentage of cancellations is in Florida.

Want to buy an apartment in the U.S.? Visit the section «Property in United States» and choose from thousands of options the one that suits you.

Join our Facebook group
Read also
«Going into investments is not enough — you have to realize how you can get out of them.» What is crowdinvesting, and how is it changing the real estate market?
Housing prices in Portugal are off the charts. What is the reason for this and how to fix it?
Mortgage in Poland, Germany and Spain. All details on how a foreigner can buy a housing by credit
Minimalism in its purest form. A stylish penthouse for sale in Germany for €950,000
Two apartments in the resort and a house in the village: we found budget housing options in Bulgaria
Space tourism on Earth. Dubai wants to create a resort in the form of the moon
«There are skins of wild animals everywhere». A very picturesque house sells in Ukraine for €807,000
Realting.com uses cookies to improve your interaction with the website. Learn more
Yes, I agree