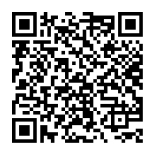 International students studying online in Canada will get a work permit

Immigration, Refugees and Citizenship Canada has announced that foreign students who study at local universities and have switched to a 100% online education format due to the pandemic will receive a work permit. It will be issued for a period of 3 years after graduation. Previously, online education was not the basis for obtaining a work permit.

According to the Minister of Immigration, Marco Mendicino, the new policy will allow foreign students who want to work in Canada to fulfil their goal after completing their studies. This will benefit not only the students but also the Canadian economy and the society. In general, with the changes made, the country openly informs graduates that it wants to see them here after their studies.

The new rules for foreign students took action weeks after Canadian authorities said that work permits for university graduates can only be extended for up to 18 months. Quite often they have a precisely defined duration and do not provide for an extension. The new rules will be applied to international students enrolled in the program in accordance with the established requirements. They can enroll in the course in any semester between spring 2020 and fall 2021. The support measure is also provided for those who had already been studying under the program in March 2020, when the country established quarantine for the first time.

In addition, foreign students must meet a number of other selection criteria, in particular, they should have an officially approved study permit.

Currently, in the conditions of the pandemic, students from foreign countries can go to Canada only if they plan to study at an accredited university that has an approved action plan to prevent the spread of COVID-19.

In the United States, students studying online, on the contrary, are deprived of visas and suffer from forced deportation.

In 2019, over 572,000 international students contributed 21 billion Canadian dollars to the local economy. Due to their educational and general expenses, it was possible to support about 170 thousand workplaces. At the same time, more than 58 thousand graduates remained for permanent residence in Canada in 2019.

Subscribe to our Telegram channel
Read also
Argentina and Montenegro lend a helping hand with residence permits for IT relocators
Utility services can cost even €250 per month.«A realtor about life in Bulgaria now: popular cities, prices for housing and food, conditions for obtaining a residence permit
A villa in Italy at €1,650,000 for Nastya Ivleeva: bright sofas and provocative inscriptions
«There is no bullying.» A personal step-by-step experience of how to send your child to a kindergarten, school or university in Poland
How to relocate your business to Lithuania while avoiding «expensive» mistakes? Step-by-step instructions from a Capital Commercial expert and the personal experience of an IT company
«Georgians move in with relatives, and their apartments are rented to immigrants from Russia and Belarus.» We have learned what is happening in the Georgian real estate market
How to move to Georgia right now and what you can do there
Realting uses cookies on Realting.com to analyse usage of the website and to enable content sharing on social media. Cookies may be placed by third parties. By closing this message and continuing to use the site you consent to Learn more
Yes, I agree

Interested in real estate in Canada?
Choose in our catalog
Go to catalog