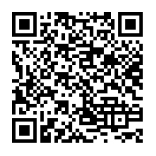 After the economic downturn caused by the pandemic, the decision of Prime Minister Viktor Orbán placed great emphasis on the stimulation of housing construction. At the same time, the constant rise in prices and growing demand do not allow most buyers to acquire real estate in one of the most active housing markets in Europe.

To improve the situation with the housing sector, the government has reduced the VAT on real estate to 5%, which is much less than the standard rate of 27% adopted in Hungary. In addition, the authorities have issued grants in the total amount of about $ 10,000 intended for housing repairs. Meanwhile, according to market experts, this will lead to a further increase in the cost of housing, as the demand for labour and building materials increases.

What caused the price increase?

The country is experiencing the second-largest rise in property values since 2015. The reasons why this happens:

As a result, most Budapest residents have to raise money over several years to save up for a down payment to purchase a modest home on the outskirts. The only way to pay off the balance is to take out a mortgage. In such a situation, single people struggle the most since they do not receive subsidies from the state.

According to the Hungarian National Bank, Budapest is currently the fourth city in terms of affordable housing among other European capitals, coming after Paris, Prague and Bratislava. Experts in housing construction believe that the average cost of apartments in new buildings will soon increase to $ 3,300 per square meter. Thus, prices will be twice higher than they were 5 years ago.

According to economists, the construction sector will be one of the key engines that will help Hungary recover from the pandemic. Thus, experts from Takarekbank believe that the number of new projects will increase by 13% this year, and by 8.2% next year. For example, last year their number decreased by 9.1%.

According to Peter Virovac, an economist at ING Bank in Hungary, the measures taken by Orbán should lead to an increase in economic growth to 1%. The expert believes that the country’s economy is doomed to shrink, but the situation will be saved by the construction sector, which will affect a decline in services and industry. Meanwhile, the government forecasts economic growth of 4.3% this year and more than 5% next year.

Join our Facebook group
Read also
Montenegrin citizenship for investment — how much time is left and how to choose a property? An expert answers the most popular questions
The European Central Bank predicts a fall in the value of real estate in the EU
A house overlooking an endless forest. A cozy cottage for sale in Hungary for €29,000
Leather sofas and hookahs are included in the price. Brutal bar for sale in the Czech Republic for €157,000
Realting uses cookies on Realting.com to analyse usage of the website and to enable content sharing on social media. Cookies may be placed by third parties. By closing this message and continuing to use the site you consent to Learn more
Yes, I agree

Interested in real estate in Hungary?
Choose 12 296 properties in our catalog
Go to catalog