How to move to Florida: legal and financial aspects

All countries
Realting.com
Publications
How to move to Florida: legal and financial aspects
Share using: 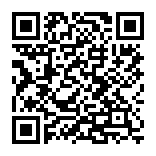 How to move to Florida: legal and financial aspects

Florida is the southernmost state of the USA. It borders upon Alabama on the north-east and Georgia on the north. Both on the west and east sides Florida is washed by the Gulf of Mexico and the Atlantic Ocean. Florida is ranked 22nd in size (170,300 square kilometres), 3rd in population (21,312,211 residents) and 8th in population density among all the States of America. Miami region is the most populated urban part of Florida. However, it’s a common misconception that Miami is the capital of Florida. In fact, it is Tallahassee.

The biggest and the most populated Florida’s city: Miami review

The $1 billion Florida’s economy makes it the 4th largest one the USA. If it was an independent country, Florida would take the 16th place among the world’s largest economies, and 58th in the world in terms of population in 2018. In 2017, the resident’s average income here was $47,684 that is 26th all over the US. The unemployment rate in September 2018 was as low as 3,5% which is 18th in the country.

Florida exports locally manufactured goods worth about $55 billion a year, that is ranked 8th in the country in terms of export. No doubt that the Miami region is the largest economic zone in Florida and 12th in size in the USA. As of 2017, the region’s GDP was $345 billion. There are 51 billionaires living in Florida. Most of them own properties in the southern part of the state. The state of Florida with its 20 million residents has a few crucial benefits. Every year, warm climate, excellent schools, a variety of medical institutes and endless leisure opportunities attract more and more visitors, especially from the northern states of the USA. If you’re considering moving to Florida or are already relocating, the first thing you need to do is to choose a region in Florida and a type of accommodation. Then you have to obtain a residence permit, a driving licence, and adapt to Florida’s unique weather conditions and its culture.

To start with, you should decide which Florida’s region you prefer to live in. In addition to typical opportunities that most regions offer (like neighbourhood schools, employment, hospitals), it’s important to keep in mind that Florida is a huge and diverse state. If you haven’t chosen a specific city yet, take into account five different regions of the state, each of which has its features and benefits. Florida Panhandle is where the capital of the state, Tallahassee city is. This region is noted for its great beaches of the Gulf of Mexico. Tallahassee is located in just 30 miles (48 kilometres) from Georgia. Its residents are really nice and friendly that is quite typical for the southern states. North Florida. Here big cities of Gainesville and Jacksonville are situated. They’re famous for their cultural ambience and historical sights. The light show at Friendship Fountain in Jacksonville, North Florida Southwest Florida. Here Tampa, Saint-Petersburg, Naples, Sarasota and Fort Myers are. This region is known for its museums, art, theatre, and amazing beaches. Florida has been hit hard by the real estate collapse in 2008. Prices have partly come to the former but still one can buy houses at a pretty attractive price in many Florida’s cities. For example, in Jacksonville, an average house price is $186,519, and more than 50% of residents own their houses.

On the other hand, Miami is more oriented towards property rentals. More than 70% of its inhabitants prefer to rent their accommodation. Probably because the house prices here are higher than in other big cities of the state. An average house price is $317,273.
Renting could be a rather good option. According to the March of 2019 data, in Miami, an average apartment rental prices is $1355, while in Daytona Beach it is only $1018.

In comparison, the national average for apartment rental is $1175 a month. Thus, Miami’s rent is $180 higher than the average and $157 lower in Daytona Beach.

Public utility prices greatly depend on the energy source prices. In Florida, they are at a fairly high level. According to the Energy Information Administration if the USA, a monthly average electricity bill is $126.44 that is 13% more than the national average.

Moreover, the data shows that Florida’s residents are ranked 6th in the country in the amount of monthly electricity consumption. The reason for that is the state’s tropical climate causing people to use air conditioners most time of the year.

Regardless of your food preferences, you’ll pay a different amount of money for groceries, depending on a specific place. For instance, according to the statistics of 2019, in Jacksonville, a gallon of water costs $3.58, a pound of apples is for $2.26. In Sarasota, the prices are a bit lower — $3.37 and 2.17 respectively.

Florida is considered to be a state of low taxes that means tax deductions don’t really influence the cost of living there. State income tax is not collected here, though it doesn’t eliminate federal income tax. Besides, in Florida, an average effective real estate tax rate is 1,02% that is lower than the national average.

Florida levies 6% sales tax all around the state. In some districts, their own sales tax of 0.5%-2% is added to this. Total maximum sales tax in Florida is 8% that is lower than other major states’ maximum rates such as California.

The bad news is that Florida residents pay high motor fuel taxes. A gallon of regular petrol includes a 41.36 cent tax, 10th highest in the country. Florida also has a special alcohol tax of 48 cents for a gallon of beer and $6.5 for a gallon of stronger drinks.
A special tax on communication services means that customers pay 7,44% extra for all the mobile, internet and television services. Service providers compensate 5,07% maximum; the rest 2,37% have to be paid by customers. Florida residents pay 11,44% as a satellite service tax such as DirecTV.

The first and the most important financial decision when moving to Florida is about accommodation. One can either buy a property or rent it. Though renting might seem a cheaper option at first, purchasing a house will be a better financial decision if planning to live in Florida for a long period of time.

If you plan to spend winter holidays in Florida, the rest of the year can potentially bring you rental income.

Search for estate prices in the neighbourhood where you’d like to live. Because of retirees and people who prefer to spend winters in a warm climate, Florida’s estate gradually increases in price. Before moving here, make online research on Realting.com and find out what part of Florida you can afford accommodation in. For example, an average house price in Miami is $300 thousand, while in Panhandle it’s less than $140 thousand.

After deciding the region to live in, you will have to find a particular house or apartment. Make sure to visit the Realting.com site and select a few accommodation options that suit your budget. At the negotiation stage, property owners (or their representatives) must inform you if the properties are located in flood or hurricane zones.

If you’re planning to get employed, contact a recruiting company to find vacancies that suit you best. Finding a job when being abroad is not easy. In Florida, a recruiting company will help you find a job before you arrive in the country. Recruiters will ask for your employment history, collect the information about your knowledge and abilities, and will start looking for a job for you according to your professional skills.

For living a full life, you have to have the state’s driver licence. For most Americans, it serves as a passport and can be used for any operations including loans and accommodation ones. You can get a driver licence in any part of Florida. When you arrive at DMV, you will have to show your previous registration and car insurance, as well as a special document to confirm you’re a state resident. A vehicle registration fee is $25. To register a car in advance will not be possible, because you have to have a residential address in Florida for this.
If you adhere to the 50/30/20 budget allocation scheme, perhaps, you’ll need to increase your income to have a comfortable life in Miami, compared to other big cities of the USA.

This typical American scheme suggests you spend 50% of your income on basic necessities, 30% on entertainment and 20%, you save. A possibility to follow the scheme depends on where you live. A recent GOBankingRates report evaluates 50 major US cities according to how much money their residents have to earn to have a comfortable life considering the cost of living in each city.

Miami is one of 13 cities in the report where an actual income needed for a comfortable life exceeds $100 thousand. Based on this data, you should make a wise decision about your savings, earning method, and plan your income and expenses accordingly.

Subscribe to our Telegram channel
Read also
Argentina and Montenegro lend a helping hand with residence permits for IT relocators
What is the role of a lawyer when buying an apartment in Dubai? An expert’s comment and a selection of the cheapest apartments
Utility services can cost even €250 per month.«A realtor about life in Bulgaria now: popular cities, prices for housing and food, conditions for obtaining a residence permit
A villa in Italy at €1,650,000 for Nastya Ivleeva: bright sofas and provocative inscriptions
«There is no bullying.» A personal step-by-step experience of how to send your child to a kindergarten, school or university in Poland
How to relocate your business to Lithuania while avoiding «expensive» mistakes? Step-by-step instructions from a Capital Commercial expert and the personal experience of an IT company
«Georgians move in with relatives, and their apartments are rented to immigrants from Russia and Belarus.» We have learned what is happening in the Georgian real estate market
How to move to Georgia right now and what you can do there
Realting uses cookies on Realting.com to analyse usage of the website and to enable content sharing on social media. Cookies may be placed by third parties. By closing this message and continuing to use the site you consent to Learn more
Yes, I agree