Finland may open borders to Russians for the Christmas holidays 2020

All countries
Realting.com
Publications
Finland may open borders to Russians for the Christmas holidays
Share using: 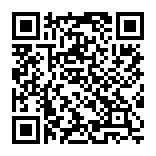 Finland may open borders to Russians for the Christmas holidays

According to national broadcaster YLE, the Finnish authorities are planning to allow all foreigners to enter the country by the Christmas holidays. The Ministry of Social Affairs and Health has been working on the development of the relevant law over the past weekend. In the current week, the resolution must be approved by experts.

This week, the Finnish authorities should develop a plan according to which they will ensure safe conditions when opening borders. When all the measures are worked out, citizens, including those from the countries with a bad epidemiological situation, will be able to visit Finland. In this scenario, incoming tourists are likely to be tested for COVID.

Due to the current situation with the coronavirus, Finland was closed for visitors until the summer. Then it gradually began to introduce easing, as a result of which tourists from the Baltic States, Denmark, Iceland, and Norway were able to enter the country. Then the Finnish borders were opened to tourists from 12 European countries.

Since September 19, the Finnish authorities have allowed the entrance of citizens from the countries with no more than 25 coronavirus infections per 100,000 inhabitants detected in the past two weeks. When the adoption of such a decree was finally urged, tourists from different parts of the world, including Germany, Australia, Thailand, Poland, and Canada, were able to enter Finland.

At that time, Kirsi Pimiä, who holds the position of Permanent Secretary of the Ministry of the Interior, made a statement that the Finnish borders will be open to Russians only when the epidemiological situation in Russia improves.

Interested in real estate in Finland?
Choose 608 properties in our catalog
Go to catalog