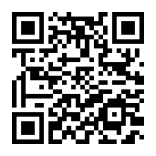 Sochi, the beautiful city in the Krasnodar Krai along the southernmost part of Russia. Unofficially known as the ‘Summer Capital’ it is the highlight of summer sea resorts attracting millions of visitors every year. The Black Sea being the center of attraction, along with its stunning mountainous view, 20th century neoclassical buildings, 19th century arboretum and the famous winter theatre.

Sochi is divided into four main districts: the Central Sochi District, the Lazarevskoye District, the Khosta District, and the Adler District. The first step in buying real estate in Sochi is deciding which district to live in. Each is unique and rife with its own advantages. The Central Sochi District is more developed and populated, the Lazarevskoye District is expanded along the sea shore, the Khosta District is home to the famous Akhun mountain and the Adler District is on the southern tip sharing a border with Abkhazia.

How to buy property in Sochi

Buying real estate in Sochi, especially luxury houses, villas and townhouses is possible for any foreigner. However, because Sochi is located in a bordered area, the land can only be purchased with a loan. In other words, the property land may be rented and not bought. The real estate in Sochi itself may be owned normally.

Keep in mind that, by Russian law, owning property is possible for holders of a valid Russian residence permit.

Finding potential real estate in Sochi is done online, the following step is contacting the real estate agency in Russia. Knowing how to buy property in Sochi means working with Russian realtors. The realtors can be very helpful in terms of checking any registration documents and ownership certificates. Usually a preliminary agreement is made with the realtor, describing the deal, all the necessary documents would be discussed at this time. The sale transaction takes place through a bank. The deposit is placed in a safe deposit box, the bank releases the money to the agent when registered documents are presented under the buyer’s name.

The sale-purchase agreement is signed after the payment. Usually the realtor is present at that time. The signed agreement is then sent for state registration, making the ownership transfer officially recognized.

House prices vary on location and size. Naturally, properties found closer to the city center are more expensive. The following lists a median of property prices based on size.

There are definitely some exceptions with house prices, where certain properties might be more expensive or less expensive. The reason behind that is location and luxury, the closer the real estate in Sochi is to the center, the pricier. The higher the luxury, the more expensive.

Life in Sochi: Pros and cons

Life in Sochi definitely has its ups and downs. Knowing how to buy property in Sochi means being prepared for the Sochi lifestyle.

The beautiful subtropical climate, sea, and mountains is the Sochi lifestyle. Walking the port and city on a summer day alongside dazzling, well-preserved Russian architecture. Sochi is home to the Great Caucasus Mountain, an especially popular attraction in the winter with its snowy peaks and skiing resort. Summer festivities, live music and other events fill up the calendar. Russian cuisine as well as Georgian cuisine are popular amongst Russian locals and visitors alike. The Sochi city life is filled with art, theater, music and parks. Befriending Russian locals automatically means having a great time. Finding a home in Sochi is definitely worth this experience.

Knowing how to buy property in Sochi comes hand in hand with understanding what to actually expect from the city. One constantly talked about con is the language barrier. Not a lot of people in Sochi are fluent in English, and mostly everything around the city is still written in Russian. So foreigners seeking a home in Sochi may struggle with the language, but usually realtors can help with any home difficulties. This brings up the concept of culturalization, foreigners searching for real estate in Sochi might find it difficult to adapt the first few months of settlement. This difference in cultures is often overlooked but the Russian culture is very unique and needs time for habitation.

Other things to expect if purchasing real estate in Sochi is that it really gets hot in the summer. Many Russian locals tend to hide from the heat in malls and cafes. The famous long walking distances of Russian landscapes is something to expect.>

With time however, most of these barriers would dwindle.

Top 10 places to visit in Sochi