The mystical aspect of the real estate industry: signs and superstitions of realtors 2021

All countries
Realting.com
Publications
The mystical aspect of the real estate industry: signs and superstitions of realtors
Share using: 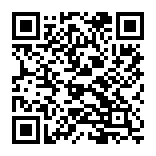 The mystical aspect of the real estate industry: signs and superstitions of realtors

When it comes to the sale of real estate, professionalism and critical thinking are at the forefront. But in the real estate industry there is room for both signs and superstitions. In this article, you will learn about the mystical aspect of real estate trading: good and bad signs, patterns and unspoken rules. It’s up to you whether believe in them or not.

Realtors who have been working in the sales for a long time have an array of superstitions and signs boding well:

There are some good signs concerning the behaviour and peculiarities of clients. For instance, a deal is likely to happen if the buyer:

Some real estate agents carry around their personal charms of good fortune. And it doesn’t matter what kind of object it is — a pen, a ring, a coin, a brooch or a notebook. It is believed that if you take such an amulet of good luck with you, the transaction will be successful. Among the real estate agents there are plenty of bad signs that call for caution. For example:

Nothing human is foreign to realtors, especially when it comes to superstitions. For example, the baker’s dozen and the number of the beast (13 and 666 respectively) are regarded as unlucky. Experienced real estate agents say that apartments with these numbers are always problematic and it’s hard to sell them in a short period of time — the viewings and deals are full of failure and force majeure.

Similar numerological concerns involve the 13th day of any month. This day is considered unsuccessful for concluding transactions and signing papers, especially if it is Friday. Moreover, realtors try to avoid the baker’s dozen, even when it comes to the number of points in the contract.

Days of the week

On Monday and Friday, it is better not to sign a purchase and sale agreement or go to any business meetings related to real estate. They say that on the first day of the week, failures will inevitably follow you and it is better to put off all business meetings till Tuesday or Thursday. At the same time, receiving money on Monday is considered to be a good start to the week. Signs which serve as prohibitions

There is a long list of superstitions and beliefs about what a realtor should not do. For instance, many realtors refuse to write down the contacts of potential buyers into the phone book — but it is believed that in this case those clients will remain potential forever, never having bought anything. Interestingly, this rule also applies to those with whom you are already in the process of concluding a deal.

It is also rumoured that the realtors should by no means take off their shoes in the apartment during its viewing otherwise the house brownie will take them for the owner and will interfere with the deal. For the same reason, you should let the client cross the threshold of the house first, this way he or she will feel like they already own the housing.

What else should a realtor avoid doing, if you believe in signs:

Other signs and patterns

There are quite a lot of neutral beliefs, signs and patterns based on observations that are popular among realtors. Here are some of them:

It is a personal matter whether to believe in these signs or not. After all, it is professional qualities and experience that play the crucial role. But remember: signs and beliefs are always based on observations, collective intelligence, and some popular statistics. Whether there is some truth in the signs or not it is up to you, but it is rumoured that such a fatalistic approach with an air of humour helps to be less nervous about the deals.