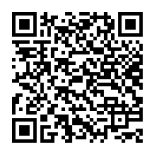 More than half of real estate buyers purchase housing abroad to relocate. The EU countries have a wide variety of immigration programs, each of which has its own aspects. What are the conditions for permanent move to the EU countries that are popular with investors, what are the differences, pros and cons of each program?

Immigration: from residence permit to citizenship

Depending on the country you are interested in, to obtain this document you will need to buy / rent a real estate property. In some EU countries, its value is not regulated. But in most cases, a residence permit cannot be obtained without documentary confirmation of your earnings level. Moreover, in some countries you should stay for some period of time to obtain the status, usually from 6 months.

This is a special kind of residence permit, which is obtained by foreigners who invest into the country they wish to relocate in the future. Golden visa programs are available in Greece, Portugal, Spain, Latvia, Malta and Cyprus. The specific character of such programs: the mandatory period of stay in the territory of the target state is much shorter than when applying for a standard residence permit — usually about a week per year.

Golden visa programs are suitable for businessmen and people who are planning to relocate in a distant future, and not in the near future. As a rule, a golden visa is issued for the future — this status can be useful to both the applicant and his children.

In time, residence permit and a golden visa will be re-issued for a permanent residence status. In the case of a residence permit, this is possible only subject to the applicant travels to the target country.

Malta and Cyprus also have citizenship by investments programs — € 1 million and € 2 million, respectively.

The algorithm for obtaining citizenship in Montenegro is also different. This country so far only claims the European Union membership; cost of participation in its citizenship program is comparable to golden visas — € 350-550 thousand. The golden visa of Greece is a program with one of the most affordable entry amounts — € 250 thousand. With such a status, a person is not allowed to work in the country. Therefore, the Greek program is suitable for people who simply wish a seamless long-term access to the sea, for example, pensioners and families with preschool children.

The Greek government allows the conversion of a golden visa into citizenship after 10 years, subject to a corridor of stay in the country for at least 5 years. If the applicant does not plan to obtain a citizen status, this condition can be neglected.

Since 2019, the country has had tax holidays — at the moment, the real estate purchase tax in new buildings is only 3.09%. 24% VAT on such property is abolished in the country until 2022, which made the country much more attractive to foreign investors.

Until 2014, the golden visa of Latvia enjoyed the greatest popularity among residents of the Russian Federation and the CIS countries. This was explained by the very low for the EU entry threshold of € 150 thousand. When it grew to € 250 thousand, interest in the Latvian migration program decreased markedly.
Nevertheless, many people still select this country for relocation by number of reasons:

Latvia is often selected by people who prefer the mild Baltic climate and those for who it is prescribed by health reasons.

The golden visa of Spain is the most popular migration program among Russian investors, although the entry threshold 2 times higher than in the two previous countries — € 500 thousand. With this money, you can buy more than one property in the state.

Advantages of the Spanish Golden Visa:

As in Greece, the golden visa of Spain allows you to obtain citizenship in 10 years, subject to a total stay in the country for 5 years.

An important point: double citizenship in Spain is banned. If the investor plans to obtain the EU passport through a golden visa program in Spain, Russian citizenship renunciation is must and taxation will become more severe. For this reason, most investors simply receive permanent residence status 5 years after the Spanish golden visa is issued. An interesting aspect of the golden visa of Cyprus is that it gives permanent residency status automatically; however, this document does not give the right to work in the country.

There are 2 ways to get a Cypriot golden visa:

Citizenship of Cyprus can also be obtained through an investment program; the entry threshold for investments is from € 2 million.

Remember: Cyprus is a member of the EU, but is not a member of the Schengen Agreement, so Cyprus permanent residency will not give you privileges when entering the EU countries.

The entry threshold for Malta’s golden visa varies — in the northern and southern parts of the state, the amounts are slightly different.

A distinctive feature of the migration program of this country: the investor is obliged to invest at least € 250 thousand into government bonds. This amount is returned after 5 years, but upon obtaining the status, the applicant spends a total of more than € 500 thousand.

Entry costs can be reduced as follows: instead of acquiring real estate, rent it for 5 years. In this case, the investor invests € 250 into the state bonds, which are returned after 5 years, and spends about € 60 thousand for a five-year lease of real estate. Rental costs are regulated — € 10-12 thousand per year.

Remember: Maltese permanent residency status is not converted into citizenship — there is a separate program in the country for a citizenship obtaining, where the total amount of expenses is about € 1 million.

The key difference between the Portuguese golden visa and similar programs of other EU countries is that status is converted to citizenship not in 5, but in 6 years.

To obtain a golden visa in Portugal, you must either buy one or more real estate for € 500 thousand, or for € 350 thousand to buy the property older than 30 years for reconstruction.

To make the second option as convenient as possible for individuals, the country provides for a redevelopment system: developers reconstructed the buildings comprehensively, replaced communications and offered buyers updated housing in historic houses in the city center. Such a scheme was especially popular in some district parts of the Porto and Lisbon.

Due to the uneven concentration of reconstruction, the Portuguese authorities decided to stop this format of migration program in these cities and to attract the attention of investors in other regions. But the cancellation did not happen due to the coronavirus pandemic — the market has been frozen. While the ban on the reconstruction of buildings in Porto and Lisbon is in question.

Montenegro should become a member of the EU in 2025. But now the citizenship of this country makes it possible not only to live and work in the territory of the state, but also to move throughout the Schengen zone without restrictions. In addition, until the country has joined the EU, obtaining its citizenship is easier and cheaper.

The crisis that has broken out in the world is a time of opportunity. Now, during the period of market stagnation, you can profitably buy real estate. This is a good time for such investments — sellers are forced to actively meet investors’ requirements both in price and in conditions.