Real estate: a safe haven not immune to crises 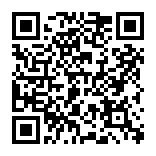 Real estate: a safe haven not immune to crises

At the gates of the Lebanese land market, foreign investors will not cross the threshold as long as the country’s overall situation is not stabilized.

Real estate: a safe haven not immune to crises Periphery of real estate in times of crisis, the term «safe haven» is increasingly akin to an oxymoron at this chaotic end of the year for Lebanon, which has suffered a series of crises since the summer of 2019 (economic, financial, social and health-related), not to mention the shock of the devastating (and unsolved) explosion at the port of Beirut on August 4th, which destroyed entire sections of the capital city. In fact, in the fall of 2019, land and stone had become, along with certain luxury goods, one of the preferred investments by Lebanese depositors to whom the banks had started to limit access to foreign currency deposits for want of sufficient liquidity to disburse it in cash or to transfer it abroad.

«The real estate growth this year is completely artificial, underlines Walid Moussa, president of the Union of real estate agencies of REAL (Real Estate Syndicate of Lebanon). Whether it is, among other things, to repay debts, to recover savings, or to bail out to emigrate from Lebanon, «no investment in land was natural», he continues, «but each has responded to a need (specific to the buyer or the seller)». Following the intensification of the crisis, the Lebanese depositors «quickly fell back on real estate, as land developers were the only ones to accept Lebanese dollars (the currency is trapped in the bank)», explains Walid Moussa. Thus, «we found ourselves in a kind of a three-way partnership: the investors saved their savings, the promoters repaid their debts and the banks bailed out».

After a period of «save-yourself-if-you-can», in parallel to the protest movement which started on October 17 and the accumulation of banking restrictions, which saw the number of real estate transactions reach its peak in December of 2019 with 6,189 transactions (for a total value of $1.1 billion), ie more than double that of November (valued at $417 million), this upward trend was confirmed at the start of 2020. Lebanese real estate continued on the same path, with 1,000 real estate transactions additional year-on-year at the end of January (from 3,667 to 4,668) and nearly 2,000 in February (from 4,192 to 6,166), according to REAL figures.

Described as «extraordinary» by the president of the union of public works contractors, Maroun Hélou, this jump has, moreover, offered in passing a sacred breath of fresh air to many promoters who, since 2016, have been suffering the full impact of the tightening of the loan subsidy mechanisms that the Banque du Liban has provided every year since the start of the decade to support demand. The number of transactions fell drastically in the spring due to the restrictive measures put in place to stop the spread of the Covid-19 pandemic, with, in particular, 773 transactions recorded last April compared to 3,659 year-on-year. this decrease has only lasted the period of confinement. Indeed, «investors have prepared the ground while awaiting the reopening of the market, leaving the contracts and title deeds to their notary or contacting the cadastre so that the administrative procedures for cadastral registration are completed when the country reopens», explains the union president. This is how the sector experienced a monumental boom in June and July, tripling its 2019 figures with 8,339 operations for the first month (against 2,933 the year before) and 10,393 for the second (against 3,427 in July 2019), yet again according to the figures, REAL has provided to L’Orient-Le Jour.

Besides, «this behavior was the same throughout the country», according to Walid Moussa. Prized for its investment, «safer thanks to a permanent demand», the capital takes the prize for the total value of land transactions from January to the end of October with 3.94 billion dollars at the official rate (or 35% of the national market) but comes at the back of the pack in terms of the number of transactions carried out, with 5,233 transactions, or 8% of the market. The Baabda region has the highest number of transactions over the same period, i.e. 19% of the market (11,781 transactions). The other regions are not left out, however, such as South Lebanon (8,523 operations) and North Lebanon (8,119), according to REAL.

The three-way partnership mentioned by Walid Moussa, however, seems to have marked a milestone even though real estate transactions are still on the rise year-on-year, with 10,061 transactions in September (against 4,756 year-on-year) and 7,665 in October (compared to 3,911). September marks the beginning of a decline, especially in Beirut, as every property that was to be sold in the area has already been sold. However, interest in the land sector remains keen in other regions«, underlined Maroun Hélou, adding that «the suburbs, the coast and the region of Mount Lebanon are particularly privileged».

Whereas the real estate sector has kept its apparent upward curve, the fact remains that «prices have started to increase», as announced by Walid Moussa. Developers who had finished paying their debts to banks hiked prices up by 60-70% in Lebanese dollars, while real estate values ​​fell 60% in «fresh» dollars (cash circulating in Lebanon or transferred from abroad). For example, a million-dollar apartment would be bought at 1.6 million in «lollars» (Lebanese dollars) and paid via a bank check or $400,000 in fresh dollars«.

Not only have costs increased but «prices have become hybrid!» exclaims the president of REAL. Juggling with different currencies on a daily basis, the Lebanese seeking to invest fundamentally have found themselves having to pay part of the amounts due in Lebanese dollars and the remainder in fresh dollars. A long and complicated approach that «has put a brake on transactions, mainly for large budgets». Nevertheless, the REAL figures very evidently note rising transaction values, depending on the number of transactions, the totality of which is estimated at 11.36 billion dollars at the official dollar/pound exchange rate at the end of October (1 507.5 pounds per dollar) against 5.13 billion over the same period the previous year.

Added to this is a building sector «completely at a standstill», as the president of the union of public works contractors bluntly asserted. «Within six months, the current projects will be completed but no entrepreneur will embark on new construction projects until the monetary crisis is stabilized», he explained. Indeed, following the difficulties related to the importation of construction material, «the contractors had to haggle to complete their advanced sites, while they abandoned those they had only just started», specified Maroun Hélou, adding that «promoters are waiting for better days to invest».

A call for caution

For Walid Moussa, «the rules of the game have changed». In fact, having become the cheapest in the region, Lebanese real estate is both an opportunity for the Lebanese diaspora to invest in the country and a magnet for foreign investors, mainly from the Gulf. However, these potential buyers will not cross the threshold as long as «the overall situation of the country, at the security, economic and political levels does not improve». The formation of a new government, the implementation of political and economic reforms, as well as the intervention of the International Monetary Fund are all sine qua non conditions for international demand to finally meet market supply. Locally, Law 194 for the protection of historical heritage, buildings with character and the identity of neighborhoods destroyed by the port explosion has stacked the dice for the land sector in this region. «The ban on all real estate transactions with the exception of Solidere and the promoters of buildings under construction for a period of two years is quite simply criminal! «exclaimed the trade unionist, explaining that it deprives the inhabitants of their right to private property and of the funds that some might need following the explosion». Whereas this law is, indeed, a denominational issue (protect the Christian character of neighborhoods), it implies a national problem, not one a neighborhood scale. «And it is serious», he notes. Maroun Hélou, however, stresses that, if this law exempts developers, «they have no interest in building in these heritage areas of architectural value as of today», in addition to their above-mentioned inability for import.

There is, therefore a combination of factors, that pushes REAL to call on potential buyers to be cautious. «We must tell people not to buy at excessive prices and explain to them that, if they pass this milestone, they will not recover the value of their purchase for seven to eight years», warned Walid Moussa. As for Maroun Hélou, he rather recommends investing in land, «with payment by check of course», the value of which may increase in the long term.

Subscribe to our Telegram channel
Read also
Montenegrin citizenship for investment — how much time is left and how to choose a property? An expert answers the most popular questions
«In 2-3 years they will be 40% more expensive». The expert names top 5 trendy new buildings in Northern Cyprus
«Today you can buy an apartment for $170,000, even though it cost $300,000 before the war». Realtor on Ukraine’s real estate market
«There are practically no hopeless situations when relocating.» A Capital Commercial expert on all the nuances of moving business to Lithuania
«In the Emerald Residence residential complex in Bar, 80% of apartments have already been bought by foreigners.» An interview with Alexey Bartuli, co-owner of the developer company Avista Realty Group
«You don’t need millions; an ordinary person can buy a hotel.» An architect found 3 affordable hotels in Italy
«It will be difficult for a foreign investor to buy land here, but the profit can be colossal». Can Nigeria real estate market be opening in next year?
«The tourist flow to Georgia has increased by more than 200% in 8 years.» We have learned why the real estate market in Georgia has become a «discovery» of recent times
Realting uses cookies on Realting.com to analyse usage of the website and to enable content sharing on social media. Cookies may be placed by third parties. By closing this message and continuing to use the site you consent to Learn more
Yes, I agree

Interested in real estate in Lebanon?
Choose in our catalog
Go to catalog