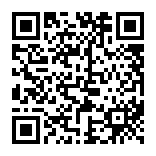 Foreign students from non-EU countries (including Russia) who are studying in Belgium will soon have the opportunity to look for a job in this country within a year after receiving their diploma. According to the current rules, they must immediately leave for their homeland after graduation. The new decree was approved by the Belgian Council of Ministers on February 26 in 2021.

Compared to other European countries, the number of students from non-EU countries is quite low in Belgium. In 2019, as many as 8,600 students came here to study, while 10,000 came to Hungary and 20,000 to the Netherlands.

According to Sammy Mahdi, the new Secretary of State for Asylum and Migration, there is no significant difference in terms of procedure and registration. At the same time, in the Netherlands, unlike in Belgium, students have the opportunity to look for work within 12 months after receiving their diploma. Partly for this reason, the adoption of the relevant law is overdue in the country. Otherwise, Belgium may ’lose the battle for bright minds’. According to the official, this is a great opportunity for the country. Here, the authorities spend about 12,000 euros a year on each student. These financial investments will be useless if Belgium sends all graduates back to their countries a few weeks after their graduation because they weren’t able to immediately find a job.

According to Eurostat, 10-14 thousand students apply for a residence permit to study or conduct research in Belgium annually and only 80% receive approvals.

As for nationalities, the largest percentage of foreign students in Belgian universities accounts for the Chinese and Americans. As well as Turks, Indians, Canadians, Mexicans, Brazilians and Congolese.

What are the most liveable cities in Bulgaria?

EU states to ease the entry requirements for foreigners
Turkey

Turkey has introduced new rules for entering the country
Thailand

Vaccinated tourists will be able to enter Thailand without quarantine
Canada