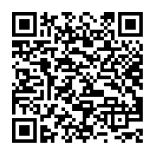 According to research conducted by Compare the Market, Cyprus and Greece are among the best places in the world to buy holiday homes. Three cities within these countries took 3 places in the TOP-10 at the same time. And although Venice is in the first position, Paphos took second place.

At the same time, the experts who formed the rating emphasize that Cyprus, with its relaxed lifestyle, is more suitable for permanent residence than Venice, which is a more popular tourist location.

When compiling the TOP, specialists analyzed different places around the world. Priority was given to factors such as cost of living, crime rates, weather, and entertainment options.

Cyprus and Greece are often recognized as some of the best locations to buy holiday property. They are also renowned for their affordability when it comes to issuing Golden Visas. At least that was until recently, when the Cypriot government suspended the project due to corruption and money laundering. The authorities of this country are going to revoke «Golden Visas» from 45 foreign investors and their relatives.

On the other hand, foreigners wishing to obtain a Greek Golden Visa have the opportunity to fulfill their goal by investing a relatively small capital of 250,000 euros in the economy. The issued document will allow them to travel to all Schengen countries without a visa. Largely due to this, luxury housing in Greece has again become in demand among buyers.