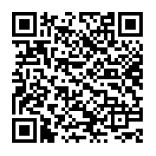 10-story building finished in under 29 hours in China

The Chinese organization Broad Group managed to erect a new 10-story facility in just 28 hours and 45 minutes. In terms of time costs, this project has become the fastest in history. The building itself is now located in the central part of the city of Changsha, located in southeastern China.

The facility was erected in record time due to the use of prepared prefabricated blocks made of stainless steel. Their dimensions are standardized and they are manufactured by a factory method. These parameters are suitable for most containers, which simplifies delivery. Interior decoration is planned for each such structure, there are built-in pipes for water supply, as well as electrical wires that require connection after installation.

When assembling the building, the builders lay out a slab inside the block, which serves as the floor in the apartment. Further, you only need to «expand» out the balcony rooms and windows, and then tighten all the bolts.

This innovative construction method allows you to achieve the following:

According to representatives of the group, the new technology has every chance of becoming a construction standard, since it is equally well suited for the construction of prestigious residences, giant skyscrapers, as well as residential and public facilities.

This innovative methodology was developed by the Broad Group back in 2009. After 3 years, the organization erected a 30-story building in just 15 days. According to the company’s representatives, with the help of such equipment, they could build a 200-storey facility in a short time, thereby breaking the record for the tallest structure in the world — the Burj Khalifa in Dubai, with a height of 163 floors.

This ambitious project was never launched — in 2012, it did not receive approval from the Chinese authorities. In 2020, strict restrictions were imposed on the construction of skyscrapers in the country.

Subscribe to our Telegram channel
Realting uses cookies on Realting.com to analyse usage of the website and to enable content sharing on social media. Cookies may be placed by third parties. By closing this message and continuing to use the site you consent to Learn more
Yes, I agree

Interested in real estate in China?
Choose in our catalog
Go to catalog